After earning a B. F. A. from the University of Illinois, Andrew Rush elected to pursue his master’s degree at the University of Iowa, where he served as a graduate teaching assistant with the legendary printmaker Mauricio Lasansky. He received his M. F. A. in 1958, and a year later he was hired by the University of Arizona to establish a printmaking curriculum, which he continued to teach for another twelve years. After retiring from the university in 1970, Rush remained in the Tucson area, becoming one of the founders of Rancho Linda Vista, an experimental arts community in nearby Oracle, where he lives, and works, today.

Like a number of of Rush’s etchings, the imagery for Law Court derives from more than a single source. “The tree was an Elephant tree,” the artist has written, “drawn in Los Mochis, Mexico. The setting came from a good friend who was living in remote East African villages at the time, and sent me many photos of such ‘truth trees,’ power centers under which law cases were heard.” 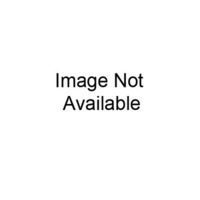